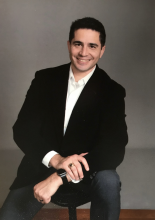 Lieutenant Colonel David Escobar (US Army, Ret.) is the director of operations at the Institute for the Study of War.

David retired in April 2022 after serving 22 years in the US Army. Dave commanded the Hunter Army Airfield garrison in Savannah, GA. He served in various positions across the US, 12 months in an operational South Korea tour, and 36 months deployed between Iraq & Afghanistan. David served as a Pentagon policy writer, as the embedded liaison operations chief to two South Korea field armies, and a literature instructor at West Point. He spent his time in Afghanistan as a battalion operations officer for a country-wide air assault quick reaction force and motorized infantry battalion. In northern Iraq, he worked amid remote combat outposts as a reconnaissance troop commander and in Baghdad as a recon troop executive officer. While teaching at the United States Military Academy at West Point, David taught freshman composition, technical writing, comparative Cuban & Egyptian literature, and honor/ethics. His awards include three Bronze Star Medals, five Meritorious Service Medals, a Valorous Unit Award, and two Meritorious Unit Awards. He is airborne qualified, holds the Combat Action Badge and the Army Staff Identification Badge.

Dave received a BS in operations research with a minor in systems engineering from the US Military Academy at West Point.

Prior to returning to West Point to teach, he earned an MA in English literature from Hofstra University with a focus on renaissance drama & rhetoric.