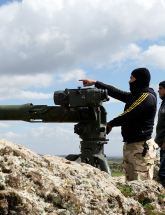 International negotiations to reach a political settlement in Syria have resumed, although serious challenges remain to reaching a political settlement. The talks follow two weeks of a “cessation of hostilities” in which the Russian air campaign in Syria decreased notably, though it did not entirely cease. Putin announced that he would withdraw some airframes from Syria on March 15, incentivizing both Assad and the opposition to engage in Geneva. Major opposition demands such as the removal of Syrian President Bashar al Assad from office have not been met, however, and Syrian regime officials have not conceded that there should be an immediate release of political prisoners. Reaching a political deal in Geneva under these conditions will therefore be difficult. The conditions in which the Geneva negotiations are taking place still strongly favor the regime, indicating that a transitional government, if formed, likely will fail to reconcile most Sunni armed actors with the government. The result could actually increase the jihadist threat while miring the U.S. and regional states in political turmoil in Damascus.

The opposition delegation attending the negotiations in Geneva does not actually speak for most of the armed opposition groups with power inside Syria. As such, it cannot enforce its own decisions. The HNC agreed to attend the current round of talks only after “[consulting] the armed factions,” demonstrating that it seeks the advice and requires the cooperation of powerful armed opposition groups. The HNC does include numerous armed factions, including the powerful Damascusbased group Jaysh al Islam, but many other powerful armed factions were not present at the meeting in Riyadh that created the HNC. The apparent consent of non-HNC armed groups to the HNC’s attendance at the talks is an important step, but it does not necessarily indicate that the groups will abide by a HNC decision if it compromises on certain issues such as regime change. Powerbrokers within the opposition will ultimately determine whether fighting resumes. The risk of an ongoing insurgency against Assad or a transitional government is high, and irreconcilable groups such as al Qaeda’s Syrian affiliate Jabhat al Nusra have the intent and capability to spoil any deal, both in the short and long term.

Jabhat al Nusra is poised to capitalize on further Sunni alienation in Syria, increasing the threat it poses to the American homeland. Jabhat al Nusra is a strong and capable battlefield force, whose contributions to the war against the Assad regime have allowed it to build a complex network of relationships with Syrian armed groups. It uses this prestige to isolate and eliminate, when possible, groups that receive American support or refuse to tolerate its own ideology. It openly opposes the negotiations and has accused the opposition delegation of treason. It is capable of spoiling a political agreement through spectacular attacks or other forms of escalation, and likely will do so. ISIS is also capable of acting as a spoiler, and likely will seek to exploit Sunni alienation to cement its control over populations in eastern Syria.

Creating a partner from Syria’s armed opposition will be difficult, however. This opposition remains diverse and fractious in the sixth year of the war. Opposition groups frequently merge and disassociate, producing a dynamic churn that makes understanding the opposition challenging and developing policies to support the opposition difficult. The opposition is highly unlikely to cohere into a stable, unified structure in the near future without significant outside support and leadership. Ongoing meetings between major armed factions in Turkey to create a unified opposition body show some promise, but failures to do so in the past indicate that we should be hesitant to trust newly declared structures, which are often penetrated by Jabhat al Nusra and similar elements. Developing a strategy to defeat Salafi Jihadi groups in Syria will almost certainly continue to face the challenge that no one armed actor speaks for even a plurality of the Syrian Sunni population that opposes the Assad regime. Nevertheless, there are identifiable powerful groups that shape general trends within the armed opposition and play leading roles in military operations and governance. Some of these groups offer the U.S. an opportunity to build an indigenous Sunni partner to defeat ISIS and al Qaeda in Syria, but only if the U.S. applies leadership, works smartly, and allocates sufficient resources.

Groups affiliated with the moderate Free Syrian Army are still active on the battlefield, and some are even powerbrokers with the ability to define military success or failure on the battlefield, as this report will demonstrate. These groups are natural American allies and offer opportunities to counter both ISIS and al Qaeda in the near term. Their presence is now bifurcated, however, between northern and southern Syria. In the south, moderates are strong and have tried to build more effective coordination mechanisms. In the north, however, moderates largely play an auxiliary role to more powerful groups. Northern Syria hosts key terrain including Aleppo, Syria’s largest city, and is a valuable source of leverage that jihadist groups seek to capture. Alone, the moderates are an insufficient ally, even if the U.S. could unite them. The U.S. therefore must consider the remainder of the armed groups on the battlefield in order to develop a plan to leverage local forces in a reinvigorated campaign to destroy both ISIS and al Qaeda in Syria.

This report assesses the most powerful Syrian armed opposition groups on the battlefield as of March 16, 2016 and details key aspects of each group, including the group’s leadership and perspective on Jabhat al-Nusra, that will need to inform American strategies in Syria. The armed groups examined in this report include groups that currently receive American support, groups that are potential American allies, and groups allied to al Qaeda in Syria that stand to gain additional power in the next year. This report updates part of the assessment of the armed opposition that ISW released in October 2015, titled “Syrian Opposition Guide,” which detailed all prominent armed opposition groups in Syria at the time. The report also lays the foundation for an upcoming report that outlines the requirements to produce a Sunni partner in Syria as a component of any course of action to destroy ISIS and al Qaeda in Syria. 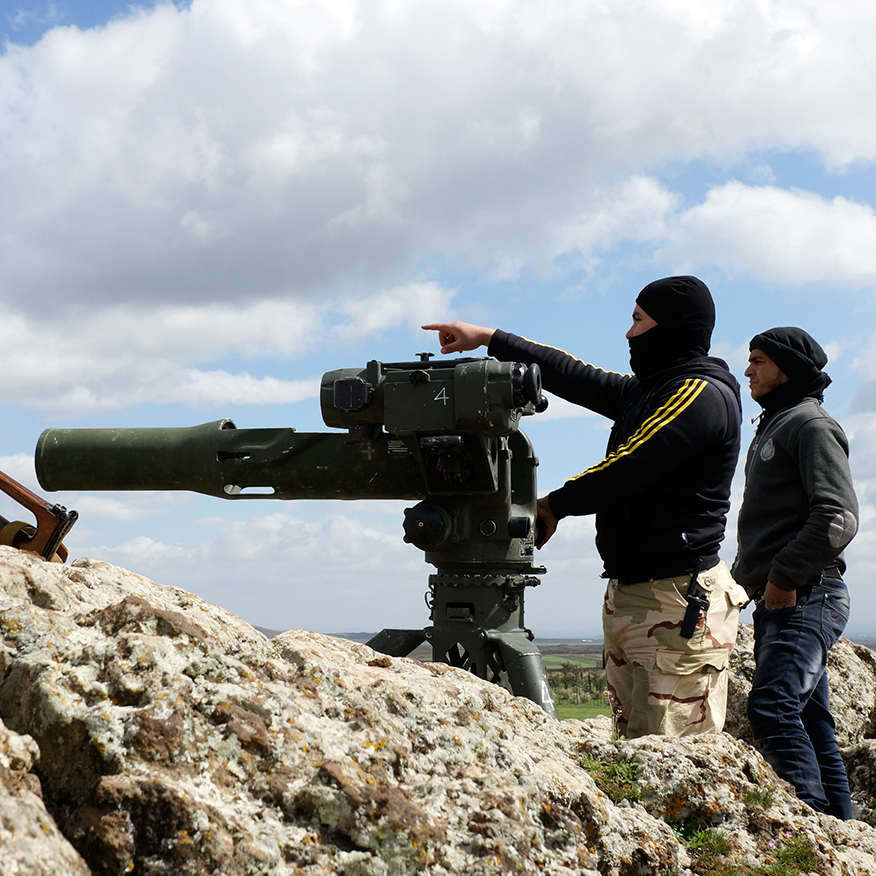