Russia’s operational pause largely continued, with limited Russian ground assaults along the Slovyansk-Siversk-Bakhmut salient. Russian forces continued heavy shelling, missile attacks, and airstrikes all along the front line. The Russians will likely launch a larger-scale and more determined offensive along the Slovyansk-Siversk-Bakhmut line soon, but there are no indications yet of how soon that attack will begin or exactly where it will focus.

The Russian missile strike on Vinnytsia on July 14 was part of a systematic Russian campaign of attacks on residential areas of cities in Ukraine.[1] Ukrainian President’s Office Deputy Head Kyrylo Tymoshenko reported that Russian forces launched Kalibr missiles from a submarine at the Vinnytsia city center.[2] The Ukrainian General Staff stated that the strike resulted in at least 22 civilian deaths, about 100 injured, and 39 missing people.[3] Russian forces also launched missiles at a hotel, educational facilities, a shopping center, and transport infrastructure in Mykolaiv city.[4] 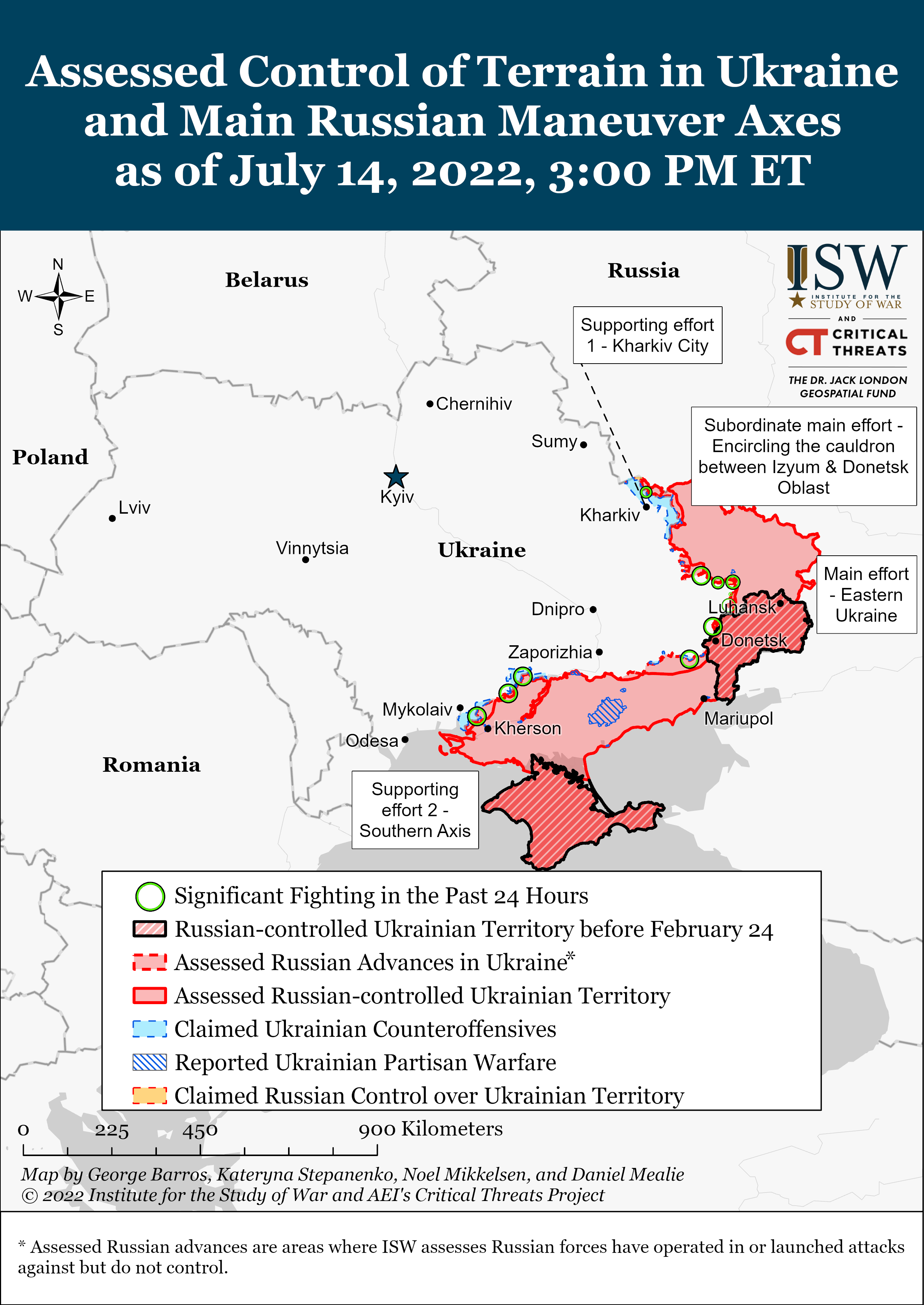 Russian forces resumed offensive operations northeast of Avdiivka, likely in an effort to bypass Ukrainian fortifications in the area. The Ukrainian General Staff reported that Ukrainian forces stopped Russian advances in Kamianka, approximately 6 km northeast of Avdiivka, after Russian forces had been partially successful in the area earlier in the day.[13] The Donetsk People’s Republic (DNR) Territorial Defense claimed that Russian forces captured Kamianka on July 14 but did not provide any evidence confirming the claim.[14] Social media users claimed that Ukrainian forces regained control over Yehorivka, east of the Donetsk-Zaporizhia Oblast administrative border.[15] 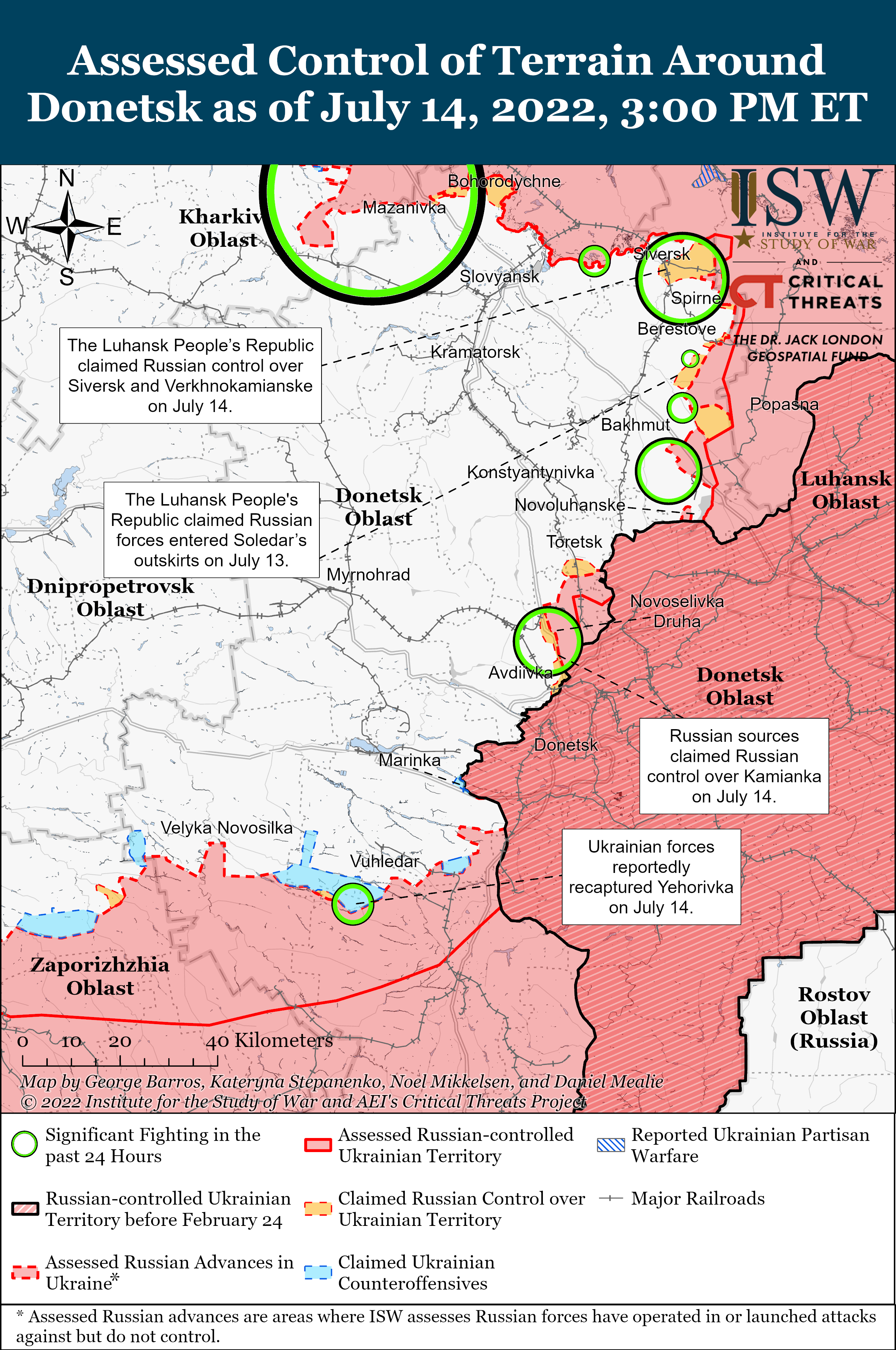 Russian forces focused on maintaining previously occupied lines and positions in the Kharkiv City direction.[16] Russian forces continued to carry out air, artillery, and missile strikes on Kharkiv City and surrounding settlements.[17] Pro-Russian Telegram channel Rybar claimed that Ukrainian forces launched unsuccessful offensives to reclaim Dementiivka, but other Russian war correspondents claimed that the settlement is still contested.[18] The Ukrainian General Staff reported that Russian forces conducted aerial reconnaissance in Vasylenkove and Shevchenko, which may indicate that Russian forces have not retained control over some areas on the eastern side of the Pechenihy Reservoir, but Ukrainian forces have not liberated those settlements either.[19] 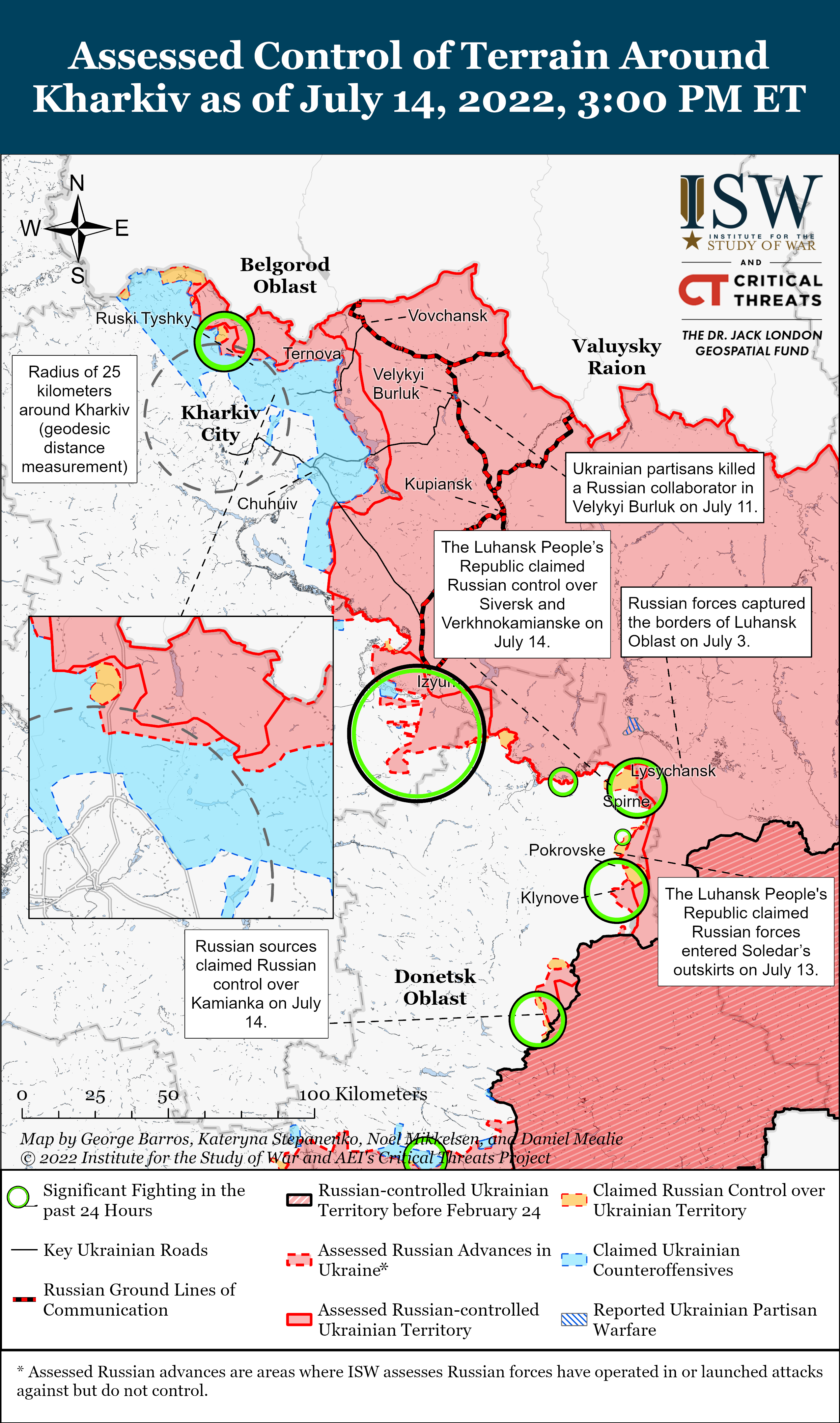 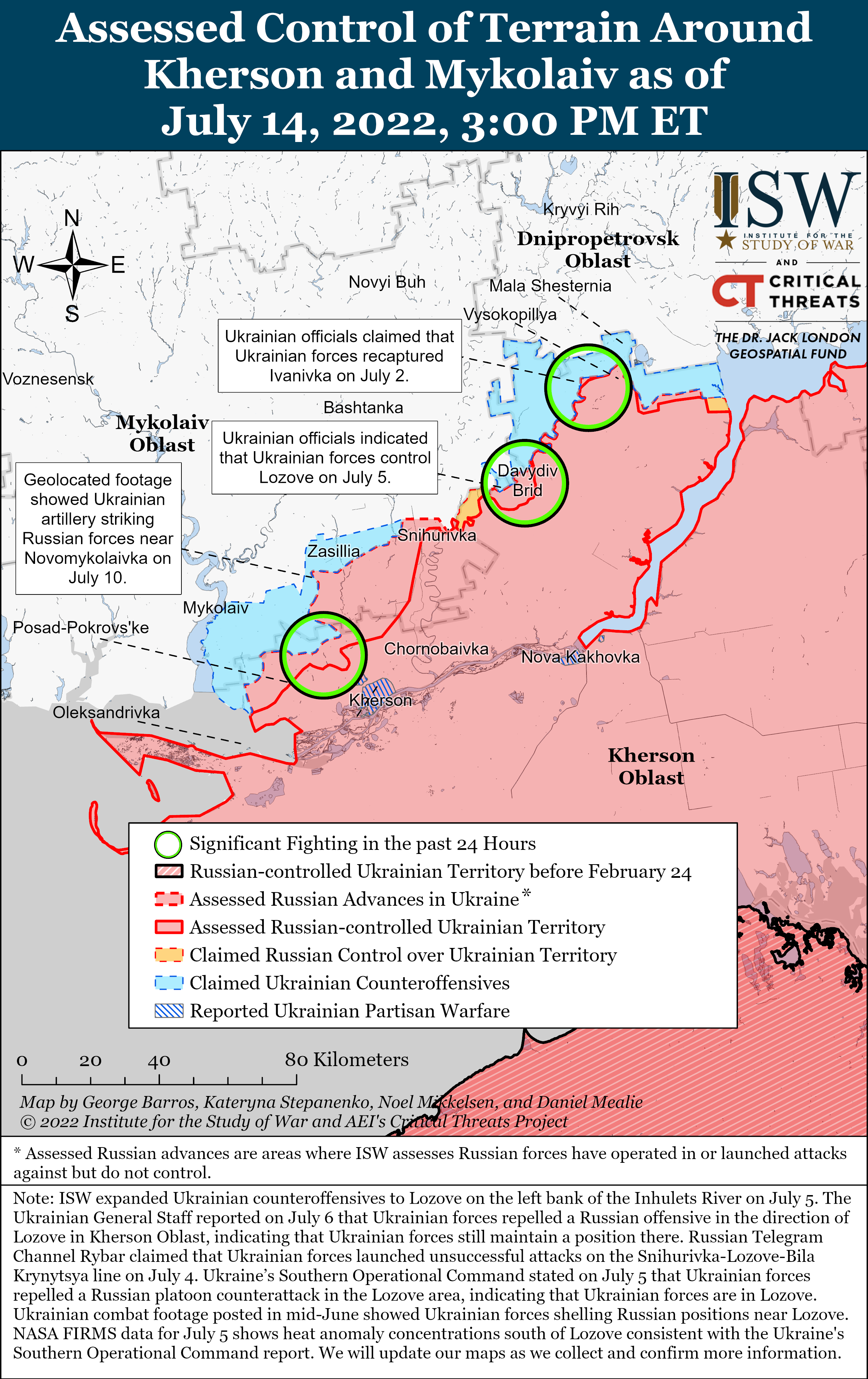 DNR Head Denis Pushilin announced that the DNR will use Mariupol’s port to export coal, metal, and grain as well as import Russian construction materials and products.[35] Russian occupation forces will likely continue to use the Mariupol port to transport stolen Ukrainian grain and materials to Russia.