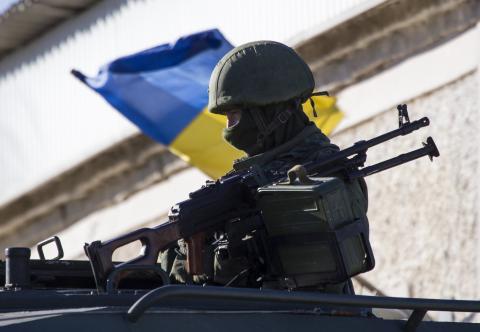 Key takeaway: Russian-backed separatists in eastern Ukraine have postponed unrecognized local elections from October and November 2015 to February 2016. The elections would have violated the “Minsk” peace process which requires the vote to proceed under Ukrainian law. The postponement will mitigate risks of armed conflict resuming in October but does not reflect a fundamental shift in Russia’s Ukraine strategy. Instead, it reflects Russia’s effort to balance this strategy with intervention in the Middle East and a desire to break out of international isolation and economic sanctions.

Russian-backed separatists in eastern Ukraine announced on October 6 their decision to postpone upcoming local elections unrecognized by Kyiv until February 2016. They would otherwise have transpired in October and November. The announcement follows an October 2 meeting of the heads of state of Ukraine, Russia, Germany, and France, where Russian President Vladimir Putin reportedly promised Ukrainian President Petro Poroshenko that he would pressure Ukrainian separatists into cancelling the controversial elections. Kyiv, Paris and Berlin had decried the upcoming elections as a major violation of the February “Minsk II” ceasefire in Ukraine, because they would not have been held in accordance with Ukrainian law or in the presence of recognized international monitors. Although Moscow had originally defended the disputed elections, the decision to cancel them does not represent a fundamental shift in Russia’s strategy in Ukraine, which continues to rely on the threat and application of military force to pressure the Ukrainian government into making political concessions that allow Moscow to strongly influence Ukraine’s politics and policy. Instead, Russia is attempting to balance its strategy for Ukraine with intervention in the Middle East and to shed international economic sanctions.

The Minsk II agreement signed in February represents a concession to Russia because Ukraine had little choice but to consent to key Russian objectives, including decentralization and the assignment of “special status” to Donetsk and Luhansk oblasts, amidst a major Russian-backed separatist offensive. Russia had thwarted its implementation by refusing to meet many of its provisions, including those pertaining to the elections and the withdrawal of heavy weaponry from the front lines. By pressuring the separatists to postpone their elections, Russia has shifted international and domestic pressure back onto to Kyiv to fulfill its side of the Minsk agreements and enact politically painful concessions. The separatists claim Kyiv must now “fulfill all obligations under the Minsk agreements” as a condition of election postponement. These include the provision of “special status” to Donbas, amnesty for militants in the region, and revising amendments to the constitution in agreement with the separatists.

The decision to delay elections all but guarantees that implementation of the Minsk II agreement will extend into 2016 and prolongs Moscow’s ability to exert pressure on the pro-Western government in Kyiv. This delay favors Moscow. Poroshenko had previously insisted that implementation of the agreement must be completed by the end of this year, whereas Moscow has indicated its willingness to extend it into 2016. By averting the agreement’s likely collapse over separatist elections and prolonging the implementation process, Russia has preserved the mechanism through it which it can most effectively convert its threats of military force into political concessions by Kyiv. Poroshenko knows that the Minsk II agreement traps him into choosing between military escalation in Donbas and a high probability of significant domestic political fracturing. A deadly riot by far-right groups in front of the Ukrainian parliament on August 31 highlighted this domestic political challenge. The riot came in response to initial approval of draft amendments extending special status to Donetsk and Luhansk oblasts.

Meanwhile, Moscow is keen to maintain the veneer of progress in Ukraine while expanding its military intervention in Syria and trying to escape international sanctions brought on by its war in Ukraine. Five days after Russia began airstrikes in Syria on September 30, Russian-backed separatists in Ukraine announced they would postpone their disputed elections, leading the EU, among others, to express “renewed hope for a sustainable political settlement.” An unnamed German government source even credited Russia directly for the progress, commenting, “Moscow has finally delivered.” In presenting itself as constructive actor in Ukraine, Russia also seeks to weaken political will within the EU to extend sanctions beyond their expiration in January 2016. French President Francois Hollande has already said that he “will ask for sanctions [on Russia] to be lifted” if progress toward the implementation of the Minsk agreements continues.

Although the postponement of disputed separatist elections to next year has been met with significant international approval for averting a breakdown of the Minsk II peace process in the short term, it does not presage a strategic reversal by Russia in Ukraine. Instead it reflects an effort to balance new geopolitical priorities, particularly in the Middle East, with a continuation of its destabilizing strategy in Ukraine over a longer term.