Key Takeaway: The Taliban central leadership continues to consolidate its power within Afghanistan by asserting control over the judicial system, replacing civil servants with Taliban loyalists, expelling some Taliban fighters, and meeting with Shi’a community leaders. The Taliban leadership will continue to appoint Taliban members throughout the Afghan bureaucracy in order to exert control over the state and reward its fighters and commanders. The Taliban’s work with Shi’a communities may run into conflict in the future, however, as the Taliban has historically persecuted Shi’a communities in Afghanistan and some hardline elements of the Taliban may not support this change in policy.

The Taliban government recently enacted changes to Afghanistan’s legal system that will enable it to exert greater control over the judicial process at the cost of depriving Afghans of their right to due process. Abdul Hakim Sharae, the Taliban minister of justice, published a decree stripping the Afghanistan Independent Bar Association (AIBA) of the authority to license lawyers on November 23.[1] That same day, up to 50 armed Taliban guards forced their way into AIBA’s offices and took over the premises.[2] Sharae’s decree gave the power to license lawyers to the Ministry of Justice and laid out the criteria for whom should be appointed as lawyers and provincial officials. Specifically, the decree stated that lawyers and officials must be “honest and loyal to the Islamic Emirate,” have not worked with the previous administration, and have taken part in the “jihad” of the last 20 years. The decree went on to state that those who do not meet these standards should be replaced.[3] Very few, if any, non-Taliban figures will meet these qualifications.

Both the central and provincial Taliban leadership have already started acting upon Sharae’s decree. Provincial Taliban leaders in Takhar Province have begun firing municipal staff and replacing them with Taliban fighters.[4] Taliban officials running the Kunduz Department of Agriculture were reported to be engaging in the same behavior, firing professional civil servants and replacing them with Taliban loyalists with religious educations.[5] The Taliban is also removing civil servants from the Ministry of Information and Culture and replacing them with religious clerics loyal to the Taliban.[6] The loss of educated and experienced civil servants, especially in departments like Agriculture, will further undermine the Afghan state’s ability to deliver effective public services. The Taliban may effectively consolidate control over the government, but doing so may come at the cost of losing the technocratic knowledge necessary to run the state.

The Taliban central leadership established a commission in mid-October with the stated purpose of expelling Taliban fighters who commit crimes. This commission, known as the “Clearing of Ranks Commission”, is under the control of Mufti Latifullah Hakimi, the Inspector General for the Taliban Ministry of Defense. This commission is being slowly expanded to the provinces, arriving in Zabul Province on November 26. In a speech on November 23, Hakimi said the commission had so far expelled at least 687 Taliban members for various crimes.[7] Hakimi went on to warn Taliban fighters against violating Afghans’ privacy; he said fighters should refrain from stopping people based on their appearances, from checking people’s phones, and from entering people’s homes without permission.[8] Human Rights Watch and other organizations have documented Taliban fighters engaging in all of the aforementioned behavior.[9] Still, Hakimi’s rhetoric is a tacit admission that these abuses are occurring and that the central Taliban leadership know their fighters are committing them. Addressing these abuses could increase tension within the Taliban movement and it is unclear if all of the senior Taliban leadership, including leaders from the Haqqani network, are supportive of this commission. Ahmadullah Wasiq, a Taliban deputy spokesperson, denied that Taliban fighters were searching people’s phones a week after Hakimi’s speech.[10] This contradictory rhetoric indicates that the Taliban central leadership may not be unified in terms of reforming its fighters’ behavior.

Taliban units fired upon each other in Baghlan Province on November 20 and Logar Province on November 28.[11] While the deaths and casualties in both of these incidents were low, these clashes are an indicator of real internal tension within some parts of the Taliban movement. Although Hakimi’s commission has not been ordered so far to look into this specific conflict, these clashes indicate that Hakimi’s commission’s attempts to remove Taliban fighters may spur a violent reaction by some, or prompt them to defect to rival groups, such as Islamic State Khorasan Province (IS-KP). The commission could become politicized if its removal of certain Taliban commanders impacts the internal balance of power between different Taliban factions within the Taliban movement.

Zabihullah Mujahid, the spokesperson for the Taliban government, was also in attendance at this gathering and later gave a speech about Taliban efforts to pursue economic development and allow women to return to school.[15] Abdul Salam Hanafi, another Taliban deputy prime minister, also met with several prominent Shi’a clergy from the Council of Shiite Ulema on December 1.[16] These clergy expressed support for the Taliban government while Hanafi assured them that the Taliban would provide security and treat them equally. These repeated meetings between various Shi’a community leaders and senior Taliban leaders indicate that the Taliban leadership is trying to consolidate its power by securing support, or at least acquiescence, from Shi’a communities in Afghanistan. Mahdawi’s remarks, however, indicate that some Shi’a leaders’ future support of the Taliban government is conditional upon the Taliban accepting Hazaras into more senior leadership roles. Considering many of the senior leaders within the Taliban cabinet have been with the Taliban movement for more than 20 years, the Taliban is unlikely to accept Hazaras into the most important positions in government. However, the Taliban may accept more Hazaras into mid-level leadership roles. 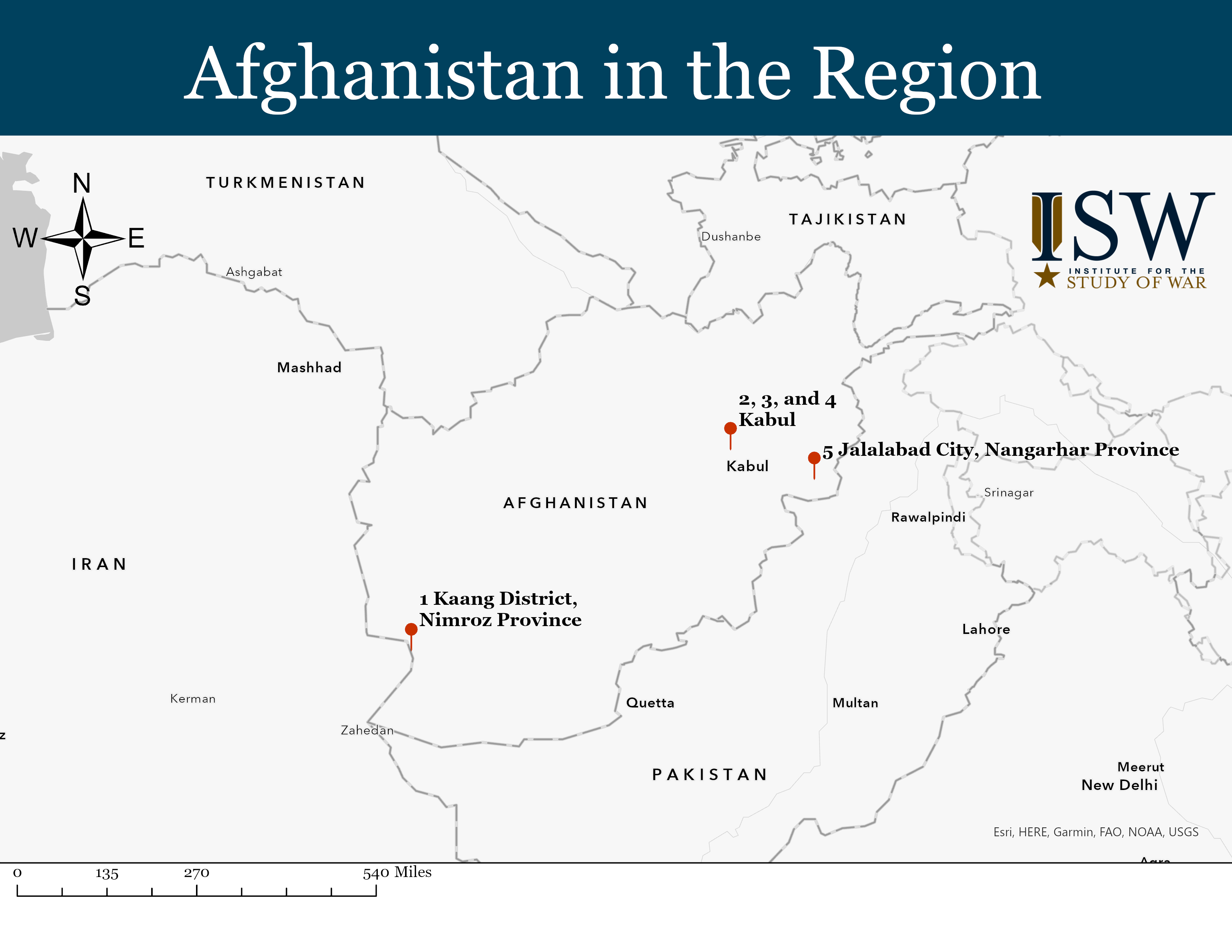