By Mason Clark and George Barros

Russia’s ruling United Russia Party retained its majority in highly falsified parliamentary elections. The State Duma, the lower house of Russia’s parliament, conducted its five-year elections from September 17-19. The Kremlin-run Central Elections Commission (CEC) reported in preliminary results on September 21 that the United Russia party won 49.8 percent of the vote, securing 324 out of 450 seats, and announced a turnout of 52 percent.[1] United Russia held 343 seats before the election. The CEC will announce the final results on September 24. Independent statisticians have issued preliminary estimates that genuine support for United Russia was at 32 percent and turnout around 38 percent, mirroring pre-election polls placing United Russia’s support at 30 percent.[2]

The Kremlin leveraged online voting to manipulate national election results for the first time. The Kremlin used a remote electronic voting system for the first time during the September 2021 Duma elections. Russian opposition parties reported voting pattern discrepancies in the elections after the CEC began counting electronic votes.[3] Several Russian Communist Party candidates who were leading in many Moscow districts suddenly lost to trailing United Russia candidates after the CEC counted electronic votes, for example. The only way these shifts could have been legitimate would be if United Russia held a commanding lead among online voters; there is no evidence of such a lead. The Kremlin also engaged in prolific conventional ballot-stuffing typical of Russian elections.[4]

Russian opposition parties did not hold significant protests following the Kremlin’s electoral manipulation. The Communist Party—which has long been part of the Kremlin’s “managed opposition” and not a true opposition party—rejected the egregious electronic voting results in Moscow and called for protests on Pushkin Square on September 20, 21, and 25.[5] Moscow Mayor Sergey Sobyanin immediately banned the protests, claiming they would violate COVID-19 public health regulations.[6] Approximately 200 protesters gathered on Pushkin Square to support the Communist Party on September 20 and peacefully dispersed after a few hours.[7] Russian police did not interfere or detain any protesters on September 20, likely to avoid provoking larger protests. Protesters did not congregate on Pushkin Square on September 21 and are unlikely to gather on September 25.[8] Russian opposition elements are unlikely to organize meaningful protests against the Duma election results.

The Kremlin suppressed the opposition’s “smart voting” tactics through consolidated control of Russian cyberspace, including capitulation from Apple and Google. Russian opposition leader Alexei Navalny’s team urged Russian voters to use “smart voting” tactics – voting for the candidate most-likely to beat the United Russia Party candidate in any given electoral district, regardless of their party affiliation or policies. Navalny’s team developed smartphone apps and other digital resources to help Russian voters identify which candidate to vote for in their district. The Kremlin cracked down on these resources on the first day of voting, September 17. The Kremlin compelled Apple and Google to remove smart voting apps from app stores in Russia and compelled Telegram messenger app CEO Pavel Durov to block a popular Telegram channel designed to disseminate smart voting tactics information.[12] The Kremlin has prioritized consolidating control over the Russian internet for several years and will likely increasingly rely on censorship and other forms of information control to stifle critics and preserve Putin’s regime. This effort will increasingly pressure Western companies to consolidate control of the Russian information space.[13]

The Kremlin retained United Russia’s two-thirds majority in parliament at the cost of further eroding Russia’s democratic facade and potentially alienating the managed opposition. United Russia requires a two-thirds majority in parliament to enact constitutional changes, such as those in early 2020 that reset Putin’s Presidential term limits and enabled him to effectively stay in power for life.[14] With true support for United Russia around 30 percent, the Kremlin had to balance the need to falsify results with the need to avoid provoking a large-scale protest response. The Kremlin’s extensive pre-election crackdown on Navalny’s team successfully prevented protests in response to what is likely modern Russia’s most falsified vote to date. However, the Kremlin must manage the costs of further eroding Putin’s veneer of legitimate public support and risks growing discontent among the Communist Party and other managed opposition groups. The Kremlin and Untied Russia are highly likely to remain stable for several years, but the 2021 Duma elections indicate the Kremlin will likely need to expand its authoritarian toolkit ahead of Russia’s next presidential election in 2024. 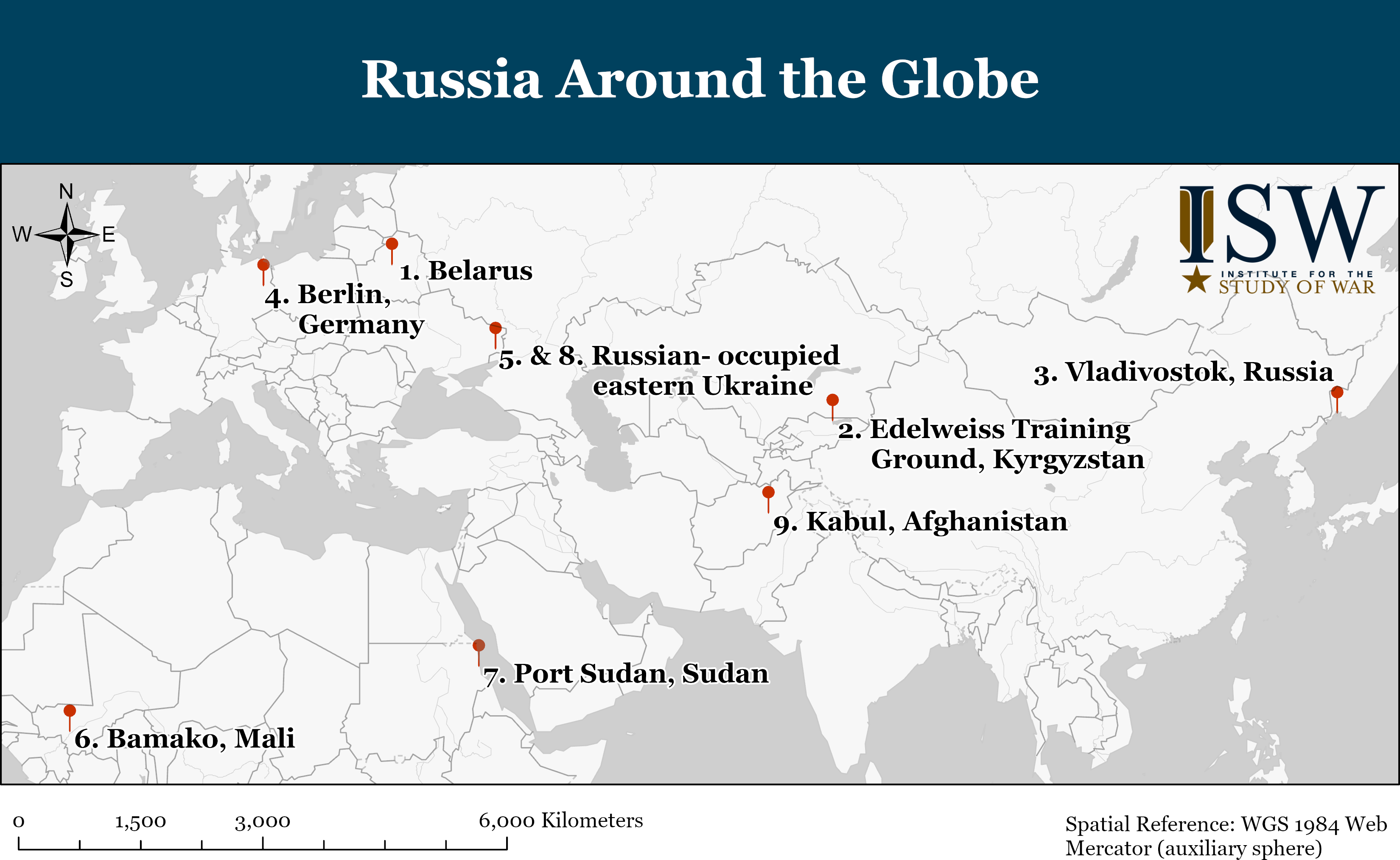 [1] The State Duma uses a mixed voting system, in which half of the Duma’s 450 seats are allocated through proportional party list voting and half are appointed through majority voting in 225 constituencies. Vote falsification, crackdowns on the opposition, and gerrymandering enabled United Russia to win two thirds of Duma seats with less than half of the (claimed and falsified) vote. “Voting System of the Russian Federation (Elections to the State Duma),” State Duma, October 29, 2018, http://duma.gov dot ru/en/news/28612/; [“CEC Processed 100 Percent of the Protocols for Elections to the State Duma,”] Rossiskaya Gazeta, September 21, 2021, https://rg dot ru/2021/09/21/cik-er-pobedila-na-vyborah-v-gd-posle-obrabotki-100-protokolov.html; [“The Party ‘United Russia’ Will Receive 324 Seats in the New Convocation of the State Duma,”] Gazeta, September 21, 2021, https://www.gazeta dot ru/politics/news/2021/09/21/n_16569002.shtml; [“Ella Pamfilova Announced Preliminary Results of Elections of Deputies of the State Duma,”] CEC of the Russian Federation, September 20, 2021, http://www.cikrf dot ru/news/cec/50563/.

[8] Two picketers protested during the day on Pushkin Square on September 21. There is no evidence suggesting these two picketers are affiliated with the Communist Party. Russian police detained and released the two picketers on September 21. [“Picketers who Stood for Fair Elections Detained in Moscow,”] OVD Info, September 21, 2021, https://ovdinfo dot org/express-news/2021/09/21/v-moskve-zaderzhali-piketchikov-vystupavshih-za-chestnye-vybory?utm_source=tw&utm_medium=social.

[10] [“In the Rostov Region Told About the Voting of Residents of the LNR and DNR in the Elections to the State Duma in the Region,”] RT, September 20, 2021, https://russian.rt dot com/russia/news/908815-rostovskaya-oblast-gosduma.

[25] Other documents Putin signed within the framework of the Eastern Economic Forum included plans to develop the Udokan copper deposit; a directive to produce methanol-powered vessels at the shipyards of the Russian Federation; the establishment of a Far Eastern Children's Center for recreation and health improvement in the Khabarovsk Territory; and a new investment project for the integrated development of fishing logistics in Russia. [“EEF Approved the Construction of Sputnik City Near Vladivostok,”] Izvestia, September 3, 2021, https://iz dot ru/1216599/2021-09-03/na-vef-utverdili-stroitelstvo-goroda-sputnik-bliz-vladivostoka; [“Signing Documents within the Framework of the EEF,”] Kremlin, September 3, 2021, http://kremlin dot ru/events/president/news/66584.

[29] German regulator BNetzA must submit a draft decision on approving Nord Stream 2’s operation to the European Commission by January 8, 2022 to make a draft decision and submit it to the European Commission. The commission will then have two months to examine BNetzA’s draft decision, but can optionally extend this period another two months. The commission has not been supportive of Nord Stream 2 and is likely to closely examine the decision. Diane Elijah, “Topic Page: Nord Stream 2,” ICIS, September 13, 2021, https://www.icis dot com/explore/resources/news/2021/09/13/10463483/topic-page-nord-stream-2.

[33] The DNR and LNR previously created a unified electrical grid called “Donbas Energy” in May 2020, for example. [“Energy of Donbas will Ensure the Stable Operation of Enterprises in the LNR and DNR – Kozlov,”] LNR State Television, May 7, 2020, https://gtrklnr dot com/2020/05/07/energiya-donbassa-obespechit-stabilnuyu-rabotu-predpriyatij-lnr-i-dnr-kozlov/.

[43] [“Commentary by the Spokeswoman for the Russian Ministry of Foreign Affairs M.V Zakharova in Connection with the Termination of the Activities of the OSC Observer Group at the International Automobile Checkpoints ‘Gukovo’ and ‘Donetsk’ of the Russian-Ukrainian Border,”] Russian MFA, September 3, 2021, https://www.mid dot ru/ru/foreign_policy/news/-/asset_publisher/cKNonkJE02Bw/content/id/4852270.

[45] [“Regarding Russia’s Logistical Support of Groups in the Temporarily Occupied Territories of Ukraine,”] Ukrainian Main Intelligence Directorate, December 7, 2020, https://gur.gov dot ua/content/shchodo-lohistychnoho-zabezpechennia-rosiieiu-uhrupovan-na-tymchasovo-okupovanykh-terytoriiakh-ukrainy.html; [“The Bodies of 38 Servicemen were Taken from the Donbas to the Russian Federation, and the Militants are being ‘Staffed’ with Prisoners,”] Ukrainskaya Pravda, April 16, 2016, https://www.pravda.com dot ua/news/2016/04/16/7105735/.

[46] [“The Collective Security Council on September 16 in Dushanbe Discussed the Problems of International and Regional Security and their Impact on the Security of the CSTO Member States,”] CSTO, September 16, 2021, https://odkb-csto dot org/news/news_odkb/soobshchenie-dlya-smi-sovet-kollektivnoy-bezopasnosti-16-sentyabrya-v-dushanbe-obsudil-problemy-mezh/; [“Meeting of the Council of Heads of State of the SCO Member States,”] Kremlin, September 17, 2021, http://kremlin dot ru/events/president/news/66706; [“STATEMENT by the Member States of the Collective Security Treaty Organization on the Situation in Afghanistan,”] CSTO, September 15, 2021, https://odkb-csto dot org/documents/statements/zayavlenie-gosudarstv-chlenov-organizatsii-dogovora-o-kollektivnoy-bezopasnosti-o-polozhenii-v-afgan/.