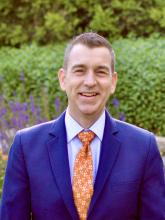 Brian Babcock-Lumish is the director of the General David H. Petraeus Center for Emerging Leaders at the Institute for the Study of War. Prior to joining the Institute, he served as a US Army military intelligence officer, retiring after 24 years in uniform.

Dr. Babcock-Lumish twice deployed as a part of Multi-National Force-Iraq, first leading a team training Iraqi intelligence collectors, and later serving for a year as a strategic intelligence analyst and General Petraeus’ daily intelligence briefer during “The Surge” in 2007. During his assignment at US Army Pacific, he served as General Vincent Brooks’ analysis chief leading 200 analysts watching the 36 countries of the Indo-Pacific, and as a strategic planner in General Robert Brown’s commander’s action group.

Dr. Babcock-Lumish served two tours teaching international relations in the Department of Social Sciences at the United States Military Academy at West Point where he also led the Academy’s graduate scholarship program. Throughout his career, he served in various command and staff positions, including a company command training intelligence analysts at Fort Huachuca, Arizona, and as the battalion executive officer of the 205th Military Intelligence Battalion at Fort Shafter, Hawaii.

Formerly an enlisted Russian linguist, Dr. Babcock-Lumish double majored in International & Strategic History and International Politics and received his commission from West Point. Upon graduation, he earned an M.Phil. in Russian and East European Studies at Oxford University as a US Marshall Scholar. Prior to his first tour on faculty at West Point, he completed his Ph.D. in War Studies at King’s College London as a Harry S. Truman Scholar.