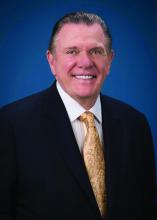 Position:
Chairman of the Board of Directors

General Jack Keane is a foreign policy and national security expert who provides nationwide analysis and commentary in speeches, articles, congressional testimony and through several hundred television and radio interviews annually. He serves as an advisor to CEOs and senior management for several public and private companies and is a member of numerous boards and foundations to include the Chairman of the Institute for the Study of War and the Knollwood Foundation. General Keane is a member of the prestigious Secretary of Defense Policy Board.

General Keane, a four-star general, completed 37 years of public service in December 2003, culminating in his appointment as acting Chief of Staff and Vice

Chief of Staff of the U.S. Army. As the chief operating officer of the Army for over 4 years, he directed 1.5 million soldiers and civilians in 120 countries, with an annual operating budget of 110 billion dollars. General Keane was in the Pentagon on 9/11 and provided oversight and support for the wars in Afghanistan and Iraq. Since 2004, General Keane conducted frequent trips to Iraq and Afghanistan for senior defense officials with multiple visits during the surge period in both countries. General Keane is a career infantry paratrooper, a combat veteran of the Vietnam War decorated for valor, who spent much of his military life in operational commands, including command of the famed 101st Airborne Division (Air Assault) and the legendary 18th Airborne Corps, the Army’s largest warfighting organization.

General Keane graduated from Fordham University with a Bachelor of Science degree and received a Master of Arts degree from Western Kentucky University. He is a graduate of the Army War College and the Army Command and General Staff College. He is the recipient of the Fordham University Founder’s Award as well as the Western Kentucky University Distinguished Alumni Award. General Keane is also the recipient of three honorary Doctorate Degrees, a member of the Fordham Army ROTC Hall of Fame and has been named the USO Man of the Year.

Among his numerous awards, General Keane was the first military leader to be honored with the Ronald Reagan Peace Through Strength Award, the William Penn Club of Philadelphia Award, the American Veterans Center Goodpaster Award, the Friends of the Vietnam Veterans Plaza Phelps Award, The Union League of Philadelphia Lincoln Award and is a recipient of the prestigious Lynde and Harry Bradley Prize. In March of 2020 General Keane was presented with the Presidential Medal of Freedom at the White House. General Keane’s numerous military service medals and citations include two Defense and two Army Distinguished Service Medals, five Legions of Merit, the Silver Star, Bronze Star, three Vietnam Service medals, Combat Infantryman Badge, Master Parachutist Badge and Ranger Tab, to list a few.